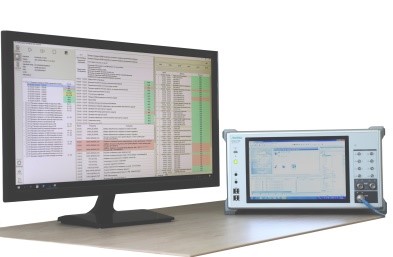 Since January 2017, all new vehicles sold in the Eurasian Economic Union (EAEU) have been required to be equipped with the ERA-GLONASS emergency call system which passed the GOST  certification test.

With the MD8475A/B and AFTT sold through Anritsu EMEA Ltd., functional testing in conformity to GOST 33467 can now be performed in customers’ own labs. This enables in-house conformity assessment in parallel with product development, reducing the risk of failing certification tests in Russia and reducing the cost of rework such as adjustments or re-inspections.

The MD8475B is an all-in-one base station simulator. With its easy-to-use GUI-based SmartStudio software and test sequences prepared for automatic GUI control, it is widely used for 2G/3G/4G cell mobility tests, and normal or abnormal simulations. In addition, it is possible to construct a simulated mobile network in which European eCall, NG-eCall, and Russian ERA-GLONASS are operated. These functions facilitate comprehensive testing of Telematics Control Units (TCUs) and data communication modules, helping reduce the costs and time to develop new products.