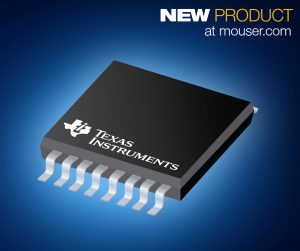 The TI PGA460 and PGA460-Q1 devices, available from Mouser Electronics, are highly integrated system-on-chip (SoC) ultrasonic transducer drivers and a signal conditioners with an advanced DSP core. The devices feature two driver-based topologies: a transformer-based topology that uses a complimentary low-side driver pair that can drive a transducer using a step-up transformer, or a direct-drive topology that utilizes external high-side FETs.

For object detection, the devices employ an echo signal, which reliably detects at distances as low as 5cm and as high as 11m. This functionality is possible through the devices’ analog front-end (AFE), consisting of a low-noise amplifier followed by a programmable time-varying gain stage feeding into an analog-to-digital converter (ADC). This digitized signal is then processed in the DSP core for both near-field and far-field object detection using time-varying thresholds.