Starting from a basic system, the LeanSelect-plus can be expanded at any time with additional modules and thus offers an exceptional return on investment on only around 7 square meters.

The assemblies are loaded and unloaded via two separate transports on the front. Therefore, the system can be flexibly integrated into any production concept: from manual operation with a simple transverse conveyor, through the individualized, semi-automatic workstation, to integration in a fully automated production line with several workstations.

In accordance with the Lean Production guidelines, the workstations are integrated in the system in a counter-clockwise U-shape. All process steps are fully automated and are continuously monitored.

When it comes to equipping the workstations, the LeanSelect-plus shows its flexibility: fluxers, preheating stations, several soldering units and additional processes such as cooling station, selective brushing unit for automatic soldering point cleaning as well as the PowerVision AOI system developed by SEHO and specially designed for THT processes, can be flexibly integrated into the system according to the respective production requirements.

The gradient-controlled preheating process takes place at up to two stations with quartz or energy-efficient pulsar emitters. Convection modules can be integrated as top heating.

Several electro-magnetic soldering units, equipped with mini wave nozzles or multi-nozzle tools, guarantee flexibility in the soldering area. Of course, the LeanSelect-plus is ideally suited for the LongLife soldering nozzles developed by SEHO, which significantly reduce the system’s consumption costs.

A special highlight of LeanSelect-plus is the newly developed software component SmartSplit, which turns an efficient system for batch production into an innovative selective soldering system for high-mix-high-volume production, without retrofitting and without additional costs.

SmartSplit is an intelligent software that controls and coordinates the process flow for different assemblies in mixed operation. The various process tasks, such as the application of flux, the soldering process with several soldering units and the brushing process, are automatically distributed to the available process stations that are integrated in the individual machine. In this way, SmartSplit enables the cycle times to be halved in the mixed operation of assemblies, from a quantity of 1. 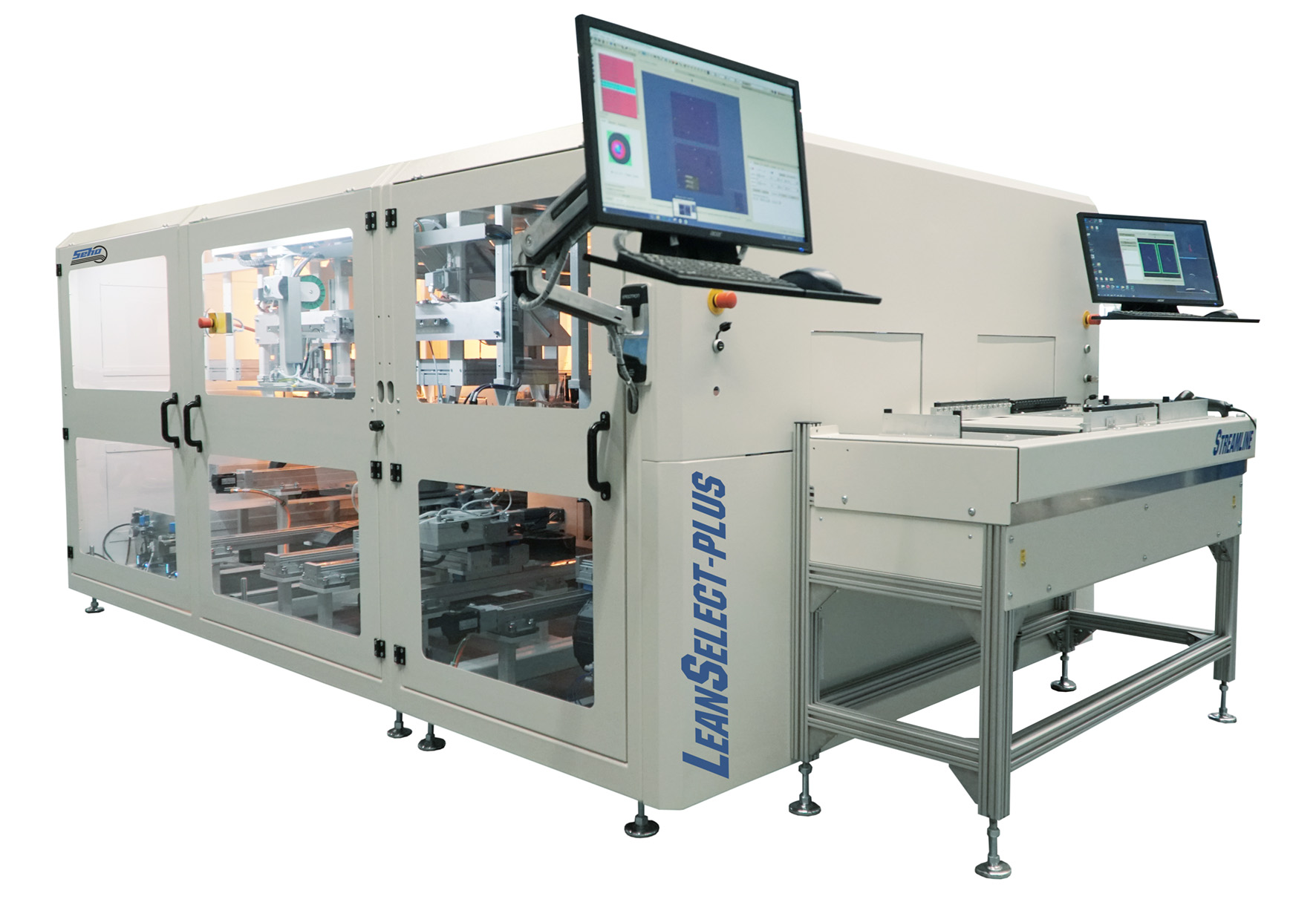 The advantages of the intelligent SmartSplit software can also be used with the SEHO SelectLine machine platform. The SelectLine has a consistently modular structure and is specially designed for efficient inline production.

With the Synchro operating mode, the SelectLine achieves the highest throughput rates in batch production. With the new SmartSplit software, even in mixed operation with very different assemblies, the cycle time is halved without restricting the maximum available working area of ​​the system.

A corresponding SelectLine module will also be on display at productronica 2021.

Like all selective soldering systems from SEHO, the SelectLine and the new LeanSelect-plus are also equipped with a complete package for 100% automatic process control. Automatic wave height control and tool measurement, automatic z-value correction or monitoring of nitrogen quality are just some of the many functions that ensure a safe process

There also will be an update for the wave and reflow soldering systems at productronica: A cross-machine HMI will provide a new visualization experience for all systems in the future. Both, design and operation are state-of-the-art, and the new HMI is independent of the end device used.

The material flow is a decisive criterion for the efficiency of a production, with direct effects on the production costs and the output quantity. From the field of automation technology, SEHO is presenting a new AGV (automated guided vehicle system) at productronica 2021 – a driverless transport system that is integrated into production and automatically brings the material to the right place at the right time.

For more information, the SEHO team looks forward to meeting you in hall A4, booth 578.