In response to escalating market demand EAO has enhanced its popular Series 82 family of push-button HMIs with the addition of devices that feature ultra-high contrast red, green, blue, white or red/green LED illumination. The boosted symbol and halo illumination level provided by the new push-buttons enhances the visibility of standard or custom switch status symbols in most ambient conditions.

According to Robert Davies, Marketing Manager with HMI specialist EAO Ltd., many HMI applications have to deliver status feedback, so at all times so the operator knows precisely the status of the machine under his/her control: “Visual and tactile feedback provides certainty that a machine or device is in passive or operational mode (switched on or off) and assurance that it’s functioning correctly”, Davies said. 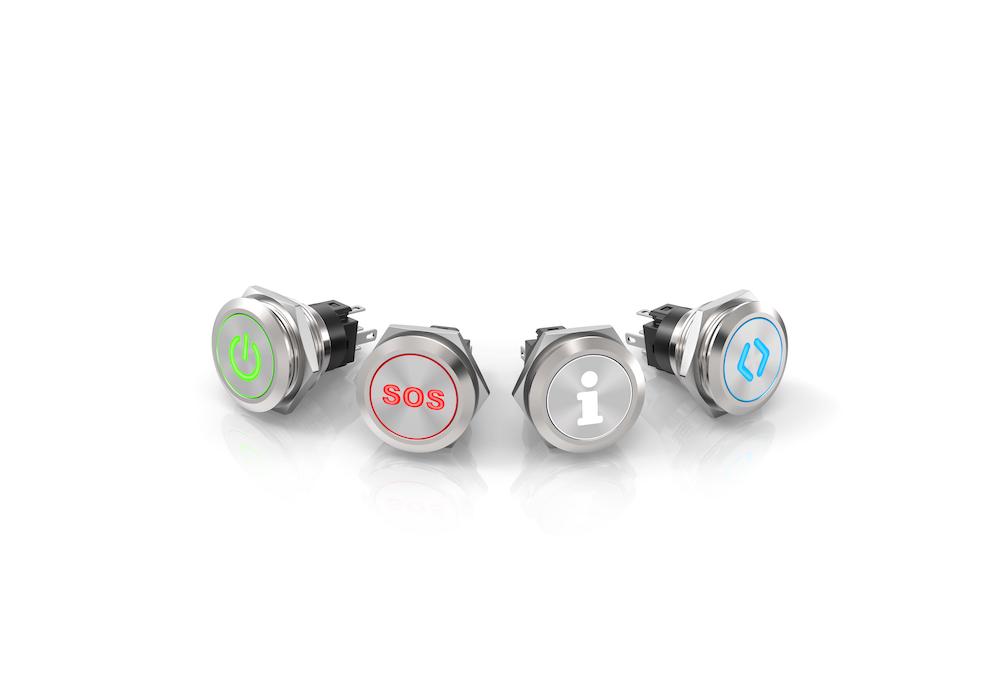 Combined with the modern and stylish design and front-panel presence offered by all Series 82 push-buttons the highly effective symbol illumination delivered by the new metal-bodied, 22mm devices enhances both the visual appeal and functionality of the new switches in almost any application: “The added benefits of plug-in terminals, IP65/IP67 front protection and a service life of >1milliom operational cycles render the new Series 82 pushbutton the ideal choice for stylish, vandal-resistant HMI controls in public areas, access control and in harsh industrial environments”, Davies concluded.