– Onboarding is the solution to the problem of post-furlough anxiety

Two in every five (39 per cent) furloughed engineers are anxious about their return to work, according to recruiter Randstad.

A poll of almost almost 500 engineers from across the UK highlighted the relationship between post-furlough anxiety and the failure to offer best practice HR . Only 21 per cent of those who had returned and classified their onboarding experience as “very good” were anxious, similar to the rates in construction (18 per cent) and manufacturing (7 per cent). In contrast, of those engineers who had either no onboarding or an experience they regarded as either “poor” or “very poor”, 55 per cent were anxious on their return to work.

Adrian Smith, senior director of operations at Randstad UK said: “Normally the onboarding process would be reserved for introducing newly hired employees into an organisation. But these aren’t normal times and workers who have been furloughed for a year will benefit from some help integrating back into the wider company. It might be arduous for some teams who are spread pretty thin at the moment but while standard onboarding might be expected to last for a couple of weeks to be effective, post-furlough onboarding is much shorter. Done properly, it will help employees feel more confident and competent when they get back on the job. It’s about investing the time to protect well-being and to ensure a productive returning workforce.”

Some industries are diligently onboarding furloughed staff returning to work – while others have failed to embrace it. While a third of furloughed employees (34 per cent) receive either no (or very poor) onboarding on their return to work, this rose to 35 per cent of employees in Engineering – and 38 per cent and 44 per cent of those working in Construction and Property. Manufacturing was better (27 per cent) although the best performing sector was Rail – where only 17 per cent said they had no or very poor on boarding.

Adrian Smith said: “It’s worrying that such a high proportion of employees in sectors like engineering aren’t getting the onboarding attention they deserve. Once engineering rejoiced in a reputation for being old-fashioned. But I thought we’d kicked the days of sub-standard HR in the industry into the long grass.”

IMPORTANCE OF CHECK-INS TO EMPLOYEE WELFARE

Equally, only 30 per cent of those engineers who had weekly check-ins with their organisations said they were nervous about returning to work, compared 71 per cent who have bimonthly check-ins. The figures were equally pronounced across the construction, property, manufacturing, and rail industries.

Adrian Smith said: “The more that staff communicate, the better they work together – accomplishing goals, developing skills, and giving and receiving feedback. While furlough has changed the purpose of the check-in somewhat, the importance of keeping the lines of communication open remains undiminished. While check-ins should appear relatively casual to employees, even in these strange times, managers need to follow a loose structure to ensure the time is used wisely, including preparation and taking notes.”

Adrian Smith said: “While there’s still a strong correlation between the two, the positive impact regular check-ins make on employees’ well-being diminishes with their age. Older workers may be less likely to feel their boss is investing time in them and be more likely to feel their boss is wasting their time. There’s a fine line between checking-in on a valued member of the team – and checking-up on them.”

Seventeen in every twenty (83 per cent) engineers in the UK say they have concerns about Covid-19 at work – comparable to the rail (81 per cent), construction (84 per cent), manufacturing (85 per cent), and property sectors (90 per cent). By far the most common concern is catching the virus – with 43 per cent saying they are worried they will catch it at work while 39 per cent are worried for their family’s health as a result. One in five (21 per cent) say they are worried by its impact on their organisation.

Adrian Smith said: “Clearly, there is nervousness up and down the country about Covid and workers’ concerns are not limited to whether or not you might catch it. It’s important for employers to make their teams feel safe in their working environment.”

WELLBEING – MENTAL HEALTH AND RESILIENCE TRAINING IS THE SOLUTION

Randstad asked engineers what would improve their wellbeing. The most popular solution chosen by employees was training about mental health and resilience – with 57 per cent of engineers favouring this option . While stress reduction workshops were also popular (49 per cent of engineers favoured these), less popular were the appointment of a workplace wellbeing champion (45 per cent) and mindfulness training 42 per cent.

While employers might be tempted to roll out the yoga mats to improve employee wellbeing, only 38 per cent of those engineers polled wanted meditation sessions – the least popular possible solution. When asked, “Would you be interested in having access to mediation sessions?”, those in the Manufacturing, Construction, Property, and Engineering sectors were the least interested of workers across the UK with 62 per cent, 60 per cent, 59 per cent, and 58 per cent respectively saying they didn’t want meditation sessions at work.

While those working in Rail, were, alongside the HR, finance and legal professions, the most likely to have access to workplace mediation already (21 per cent), employees within the Rail sector were amongst those most likely to want to undertake less mediation (43 per cent of those who had access to it). 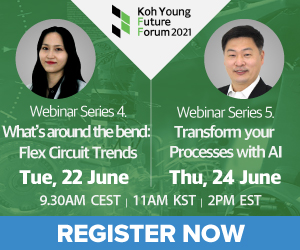