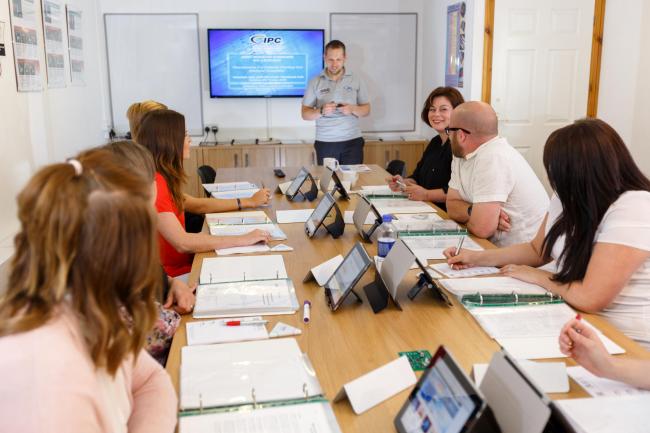 AT LEAST five new specialist jobs will be created in Witham as an electrical training business move to bigger premises.

Advanced Rework Technology (A.R.T) Limited is currently based near Great Dunmow, but have just received planning permission to move to a site on the Eastways Industrial Estate in Witham.

The business, which was set up in 1989 and originally based in Wivenhoe, is an independent training organisation for electronic companies and they are also one of just a few fully qualified IPC certification centres around the world.
Debbie Wade, Managing Director, said: “We have always been based in Essex. We do train a lot of local companies in Witham, South Woodham Ferrers, Chelmsford and all over.

“We are currently in a building which has about 2,500 square foot of space and we are expanding. The premises we have purchased in Witham is two floors and will give us 8,000 square foot.

“The business will be taking on more staff members. At the moment we are planning for five, but with the space we will be able to train more people.”

Advanced Rework Technology hope the new premises will be ready to open by the beginning of January.

Debbie said: “We do not just train with companies we deal with individuals as well. If someone wanted to up their skills or re-qualify we can help, there are government grants that are available.

“The industry is changing very quickly, with a computer you buy it and within a day it is outdated. Things are changing so rapidly.”

The company are also hoping that having such a unique business in the heart of the town can be a boost for the local economy.

Debbie said: “Witham will be a prime location for the motorways and for Stansted Airport. We still have people come to us that do not drive and being in Witham we are on the main line railway.

“Witham is a thriving town that we wanted to help bring more to. Some of our customers will be staying in Witham and will bring trade to the town. We want to invest in the area and bring people into Witham because we live in that area ourselves.”