A leading provider of laser selective soldering technology supporting global semiconductor, automotive, consumer, communications, military and industrial segments, Laserssel Corporation is a pioneer in selective soldering segments (Figure 1). The company has provided customers with unique soldering capabilities to allow soldering on heat-sensitive substrates that once were considered impossible to reflow. Since being founded in 2015, Laserssel has expanded its product offerings across the board and offers advanced packaging, plastic and organic substrates, very thin substrates with concern of warpage and any other challenges that were difficult, if not impossible, using the conventional reflow process. Combined with its extensive knowledge in laser technology and expertise in process technology, Laserssel is well positioned to help customers solve problems in the space of packaging and assembling the next generation of electronic devices. 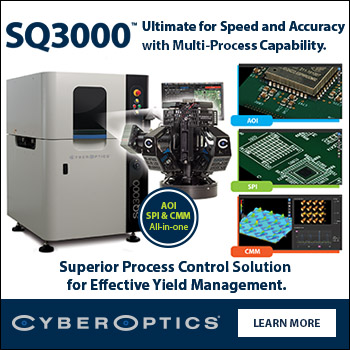 With R&D beginning almost 12 years ago, Laserssel has come a long way, growing and strengthening its reputation. In 2015, it founded CrucialMachines, became a registered technology laboratory, participated in the government-sponsored project “Development of Non Conductive Film (NCF) for Stated Package of TSV 3D IC” and developed laser selective reflow (LSR) with a 50×50 mm laser beam. One year later, it completed the reliability of LSR with the AREA consortium in the United States, was chosen as a global IP company and registered as a venture company. Growth continued and, in 2017, Laserssel became ISO9001 certified, set up sales channels in Asia, began delivering LSR to electric vehicle and semiconductor customers, and developed compression LSR. 2018 was a pivotal year as the company was selected for the GlobalStar venture program “Development of Multi Beam Large Area Laser Reflow System for High-Efficiency Production of Advanced Flip Chip Semiconductors.” Also that year, the company completed the MP version of in-line compression LSR(LCB) and launched the Laserssel brand. The next year showed continued growth with the company setting up sales channels and CS partners in the United States, being selected as an Inno-Biz company and setting up LSR in the global top tier semiconductor foundry. In 2020, Laserssel was selected as a PPURI Technology Specialized company, participated in two technology development government projects and launched the rLSR mini LED application, a Laser rework solution of tiny LED on BLU substrate. It also won the 2020 Korean Venture of the Year Award from the Ministry of SME and Startups. 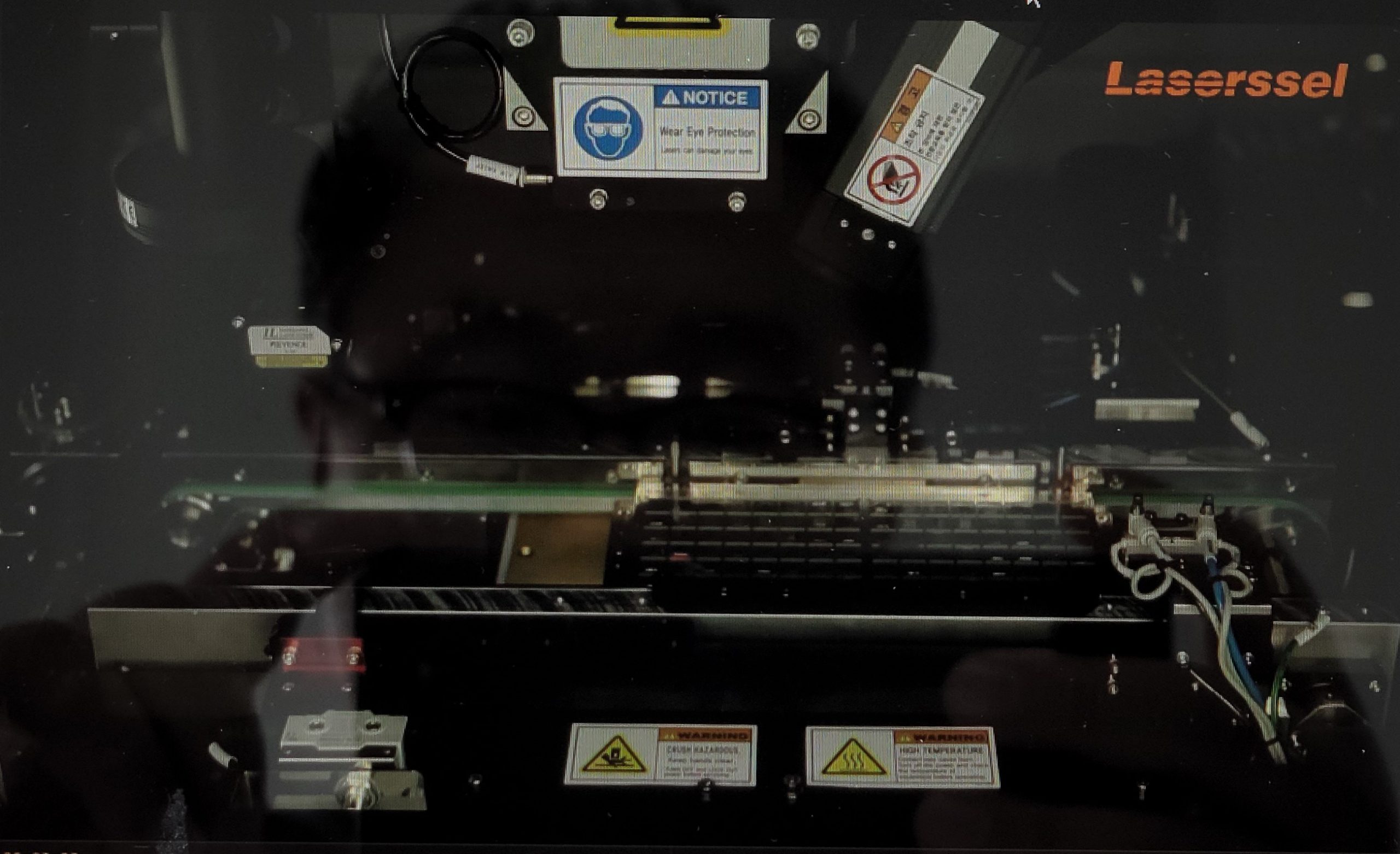 Laser Selective Reflow (LSR) is the mainstay of Laserssel (Figure 2). The company created the technology to deliver a uniform defocused laser beam over a specifically tailored area on a printed circuit board (PCB). The uniform defocused beam is controlled and delivered to the product via the Beam Shaping Optic Module system (BSOM) on a user-defined area. This unique feature permits users to implement novel soldering solutions not possible with past techniques. It also allows the selective application of energy to locations that require soldering while not heating up potential thermally-sensitive areas. Additionally, LSR is potentially a means to mitigate or even eliminate the warpage of various packages. It provides an extremely reliable, fast (only 1-3 second laser bonding per selected area) bonding process. Laserssel developed the technology by using a distinctive recipe and a highly uniform optic system.

LSR provides numerous advantages including few seconds ramp up, 65°C per second cooling rate, uses focused heat only on selective area heating, requires no PCB elongation on smaller warpage, takes up less floor space (no 5-10 step temperature zone required) and saves energy because it does not require the 10-30 min/hour N2 purge. Additionally, while mass reflow heats up the entire atmosphere, LSR only heats areas where soldering takes place, resulting in minimum damage to substrates that pass through reflow. Other benefits include fast tact time and BSOM beam uniformity.

BSOM is Laserssel’s patented, core technology. LSR uses BSOM to transform spot beams to area beams, significantly reducing substrate warpage by heating small selected areas and leaving the rest of the area unheated. This protects other areas of the PCB from damage. Additionally, area laser selective reflow does not create hot spots (high-energy density), which often is the key problematic issue with spot laser reflow systems. Area laser selective reflow also increases productivity and minimizes warpage and thermal damage. An additional advantage to heating only a selected laser region is that when the area laser is applied to chips, only those chips are being heated to targeted reflow temperature. Regions immediately outside of the laser beam area show dramatically lower temperature on the infrared camera image (Figure 3). 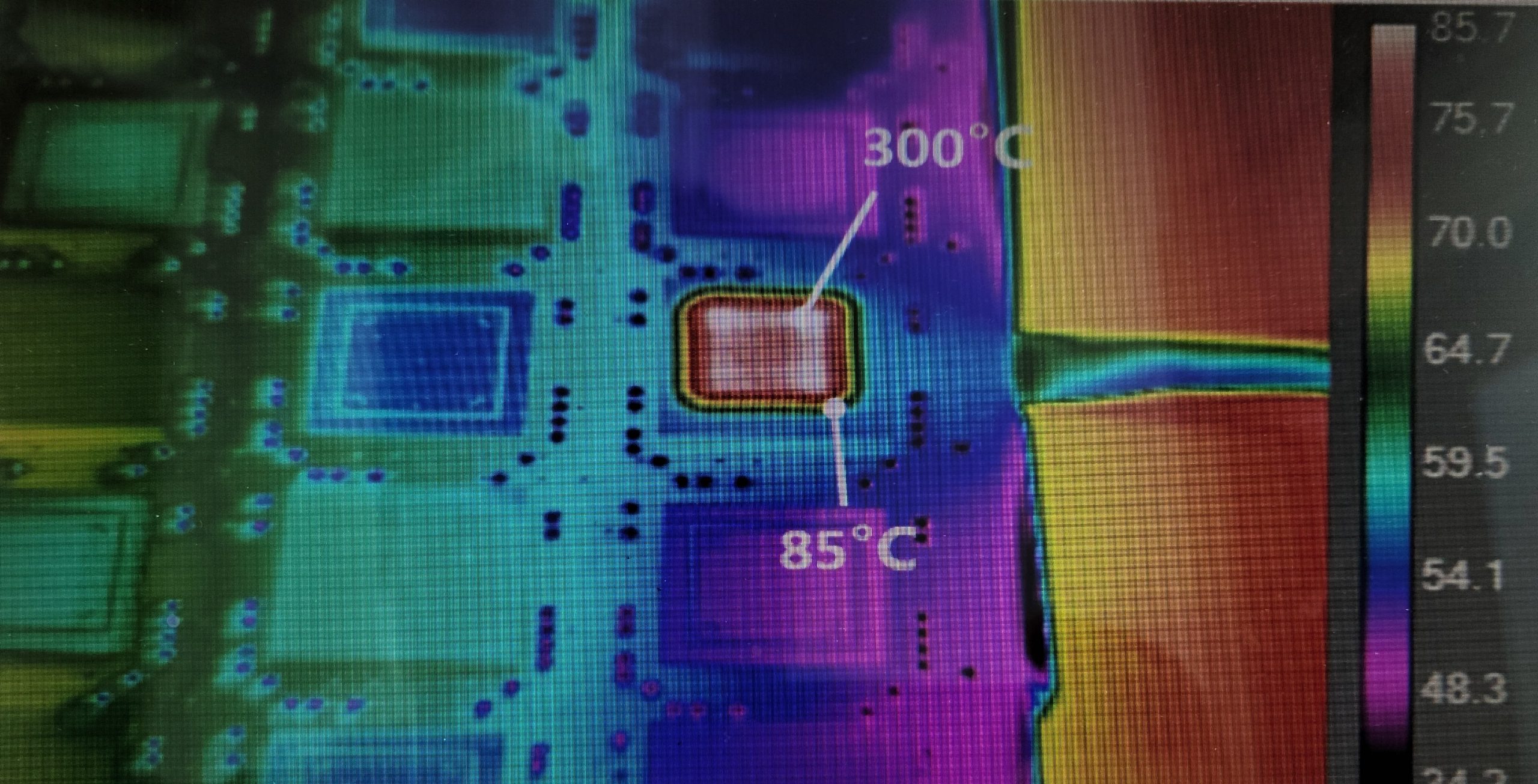 Laserssel’s LSR technology has been designed into five innovative series:

LCB Series: LCB3000 – This series also features bonding accuracy of greater than ±5.0 micron, but with a single-laser head of 3 kW. Beam size ranges from 15-75mm or larger. It features a square beam shape, IR wavelength and monitoring via IR camera, beam profiler and real-time power meter. The LCB series’ footprint is 1.8×1.8 m and weighs 3,000 kg.

pLSR Series uses a 100 W laser and IR wavelength to bond cantilever on probe card. It has vision monitoring with a footprint of 2.3×2 m and weighs 2,500 kg.

rLSR Series uses a 400 W laser to rework any type of chip, passive components and micro-sized LED. This series’ footprint is 2×2.5 m and weighs 2,500 kg.

The company’s products reach a range of markets because of the functionality and performance they bring to smaller/thinner devices. These markets include mini/micro LED display, semiconductor, mobile/wearable, and electric vehicle (EV).

• Mini/Micro LED Display: Mini LED Backlight Unit (BLU) has become a good alternative to OLED display in recent mid- to large-size display. OLED had been dominating display in the mobile and television industries with 1,000,000:1 contrast ratio, superior to LCD, but also experienced downfalls with burn-in issues and high cost. In 2021, Mini LED used as an LCB BLU emerged as a strong competitor of OLED, offering extensive improvement on both burn-in and cost. Mini LED BLU is an array of tens of thousands of tiny LEDs as small as 100 micron and each LED needs to be reflowed and reworked by LSR for the best quality in bonding strength, warpage and surface damage.

• Mobile and Wearable: IoT has brought various forms of electric device substrates to light such as fabric, 3D polymer, bendable display, and heat-sensitive and warpage-prone substrates. However, these new substrates can create issues with the reflow process due to their heat-sensitive characteristics. By heating up only small selected areas with area laser beam for a few seconds, LSR turns various kinds of materials into ready-to-be-used substrates.