ITSA represents UK connector and component companies supplying into the UK electronics industry. Since connectors of all types and formats are fundamental to virtually every technology-based product or system, what ITSA’s members are experiencing is a pretty accurate barometer of how the UK electronics industry is doing in these unprecedented times.

Back in August we reported that, while the easing of the COVID 19 lockdown had many positive benefits, the pandemic would continue to have an ongoing and negative impact on the UK electronics industry. Just over three months later, the numbers reported by ITSA members for the third quarter clearly demonstrate how significant the impact has been. News that a vaccine could be available by the end of the year was a single major plus in these difficult times.

The other issues creating concern in August were BREXIT and the tensions between the US and China. Either a deal or a no-deal BREXIT still remains possible but we are hopeful that the US election result will be a positive step towards improving the relationship between Washington and Beijing. Hopefully, there will be some positive news from these developments.

On a less than positive note, forecasts compiled by the Government show the average prediction for this year’s UK GDP is now -10.1% with unemployment expected to hit 8.3% by the end of the year and only improving to 6.6% by the close of next year. The figures also show that the UK economy is expected to rebound by only 6.5% in 2021.

According to ITSA Chairman John Biggs, its members sales were down 9% YTD when compared to 2019. “Of bigger concern is the fact that orders are down 19% and book to bill is down at 0.83:1.” Says John Biggs. “This will inevitably lead to lower revenues in Q4 and beyond and also reflects the fact that members are not enjoying long term order schedules. Member’s export revenues are only down by 5% but orders are down a huge 22%.” Adds Biggs. 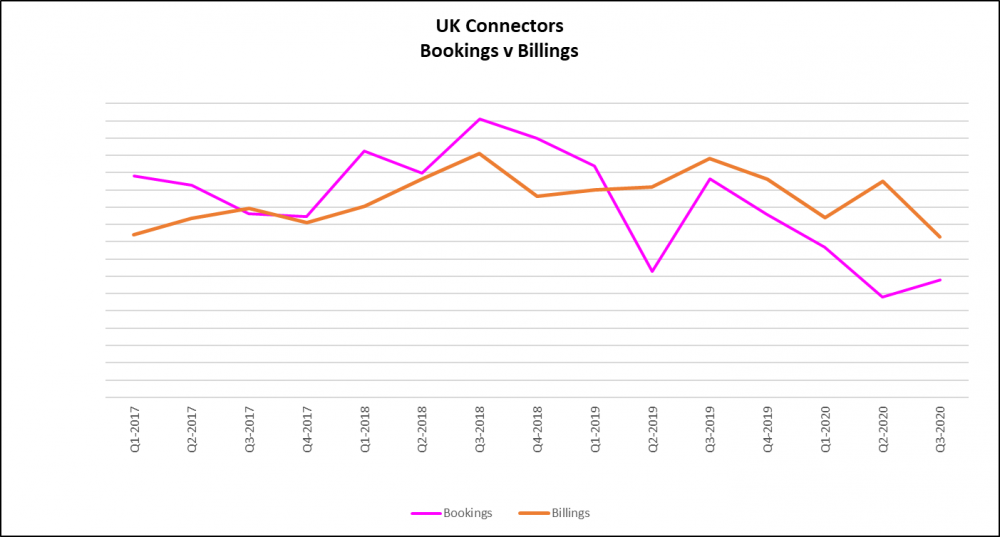 Sectors that have shown good billings include medical with members reporting an 83% increase, while value added solutions have shown positive signs during the last quarter at 7% growth. According to ITSA, this  should be looked at in conjunction with pure product sales as there is a definite trend of moving from component sales to solution sales.

The communications sector was up by 37% which, in ITSA’s opinion, reflects the need for more bandwidth for home and remote working. Test and Measurement, which links very closely, to communications and medical was up by 51%.

Broadcast really suffered in Q3 running at 50% of last year’s rate. With no end in sight for restrictions on concerts, outdoor festivals, theatres etc this market will continue to struggle.

According to figures published by  HIS MARKIT/CIPS UK Manufacturing PMI, the UK manufacturing sector continued to recover in September with a PMI of 54.1. Output and new orders increased as intake improved from both domestic and overseas markets. 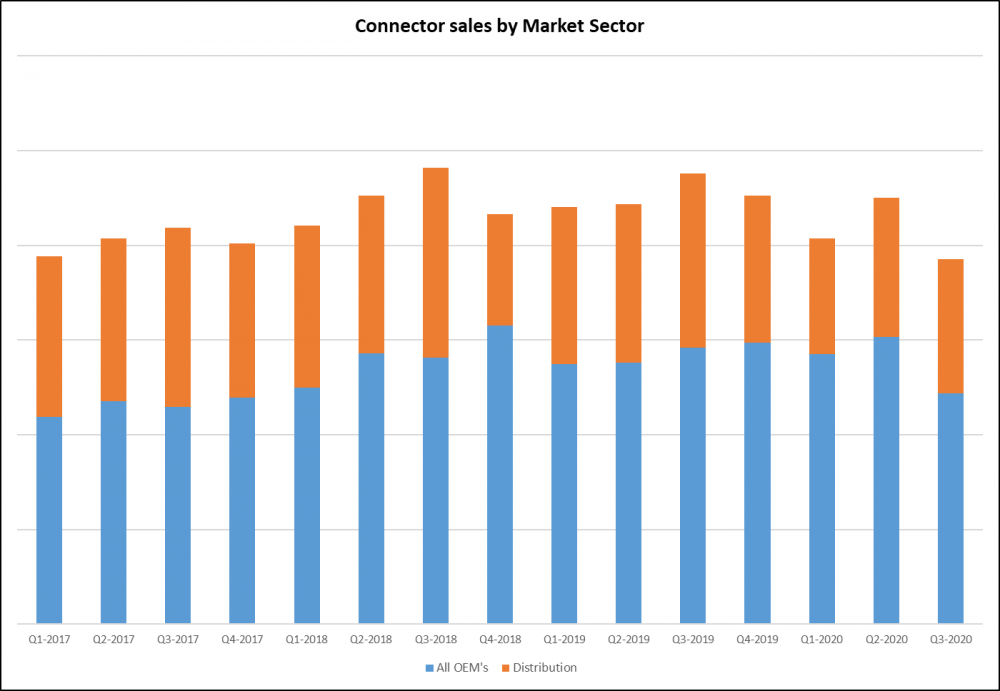 Output increased for the fourth consecutive month albeit slightly lower than August. 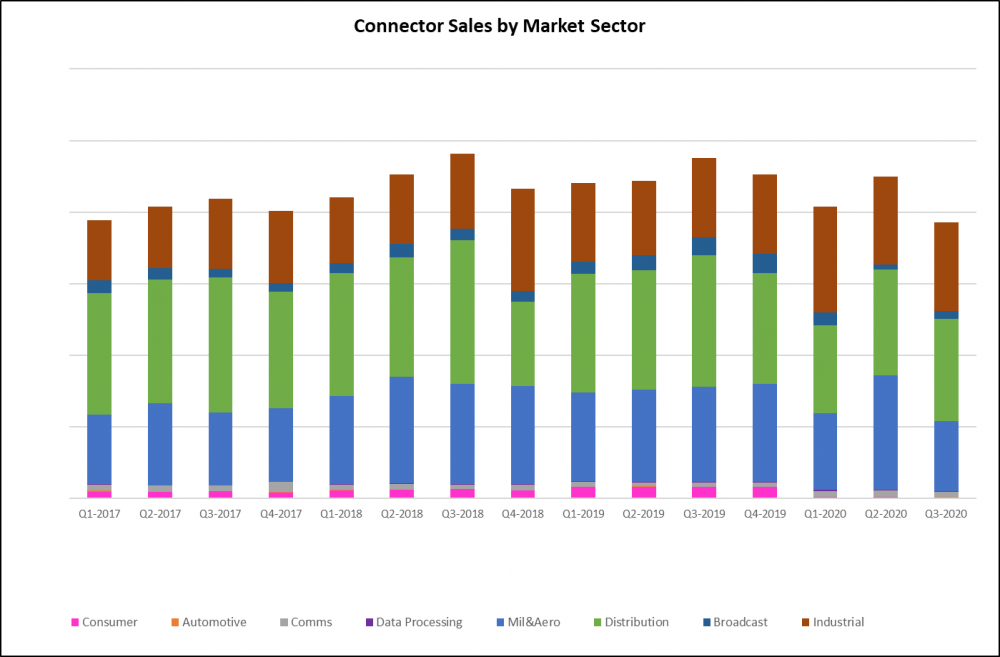 Increases in inbound costs are driving manufacturers to increase selling prices, the main reasons here are higher raw material costs which saw Gold up over 21% YTD.

Most manufacturers maintained a positive outlook for the year ahead with 60% expecting output to be higher in 12 months from now. This optimism has to be tempered in view of the escalating COVID 19 spike and further local and national lockdowns.