Why ROI is more than just the payback period

One of the major considerations when specifying an adhesive is how quickly it will deliver return on investment (ROI), a metric that is affected by a variety of tangible and intangible factors. Here Matthew Baseley, Technical Sales Executive at adhesives specialist Intertronics, explains the considerations that determine return on investment (ROI) in an adhesives process.

If you’ve ever tried to source an adhesive for your application, you probably realised quickly that there is no universally perfect adhesive. Everything from the substrates you’re bonding, operating temperature and humidity, to the exposure of the assembly to solvents, weather and mechanical stress, will influence your choice of adhesive.

It is worth understanding that the adhesive choice will only be one component of the full bonding process — which includes surface preparation, adhesive mixing, application and dispensing, curing and QA — and that it is in this entire process that you are investing. It is important to take a holistic view; for example, application and curing equipment costs, and efficiency of method, are factors that will affect an ROI calculation and so allow comparison to other options.

We think of ROI as a measure of how fast we get our money back after making an investment. For a bonding process, an investment in equipment can be justified by improvements in the method, or savings in resources like labour, energy or space. However, there are many hidden, intangible benefits that come with suitable investment — ones that go beyond the headline ROI figure.

There is always a compromise to be made in adhesive specification, and that is often between ultimate adhesive functionality and optimal bonding process. The very best bond strength may come from an adhesive with a complicated preparation requirement and an extensive cure time; but that may not be suitable for the proposed production volumes or speed of manufacture. Sometimes this dilemma stems from over-specifying the adhesive requirements, which limits material choice and so can add cost. Factoring in adhesive “process-ability” can ultimately deliver a faster ROI, without compromising on quality.

For example, while the upfront cost of UV light-curing equipment may be higher than a process using an adhesive that cures at room temperature over time, the increased throughput achieved with on-demand curing — seconds, rather than minutes or hours — may well offer a much shorter payback period.

In fact, when a UV light cure systems technology is looked at as an integral part of a full production process — across inventory, dispensing, curing and quality assurance — it can lead to an average of 30% savings in overall process costs.

It has been said that the UK is up to 20 per cent less productive than its major competitor countries because it is not investing in automation. In general, UK manufacturing doesn’t invest in capital automation equipment because it is perceived as expensive and risky. But while the upfront cost of automation may not seem necessary for small batch adhesive assembly operations — where manual mixing and application are deemed sufficient — for even moderate volume applications, the investment can result in better yield and better quality.

The accuracy and repeatability achieved using robotic dispensing or automated adhesive mixing lowers process variability. By reducing human error and increasing precision, you can lower scrappage rates and material waste. The labour cost element is often reduced, as operators are reallocated to more productive work (possibly with upskilling). Adhesive dispensing robots are available for surprisingly modest costs, and factoring all the advantages of automation usually results in a quick ROI.

It’s important to note that the collective improvement in all these areas; from throughput and standardisation, to quality and yield, has an impact on the business that goes well beyond the tangible measurables. It is ultimately the imperceptible improvement in your brand and reputation that leaves a lasting impact in the mind of your customer. 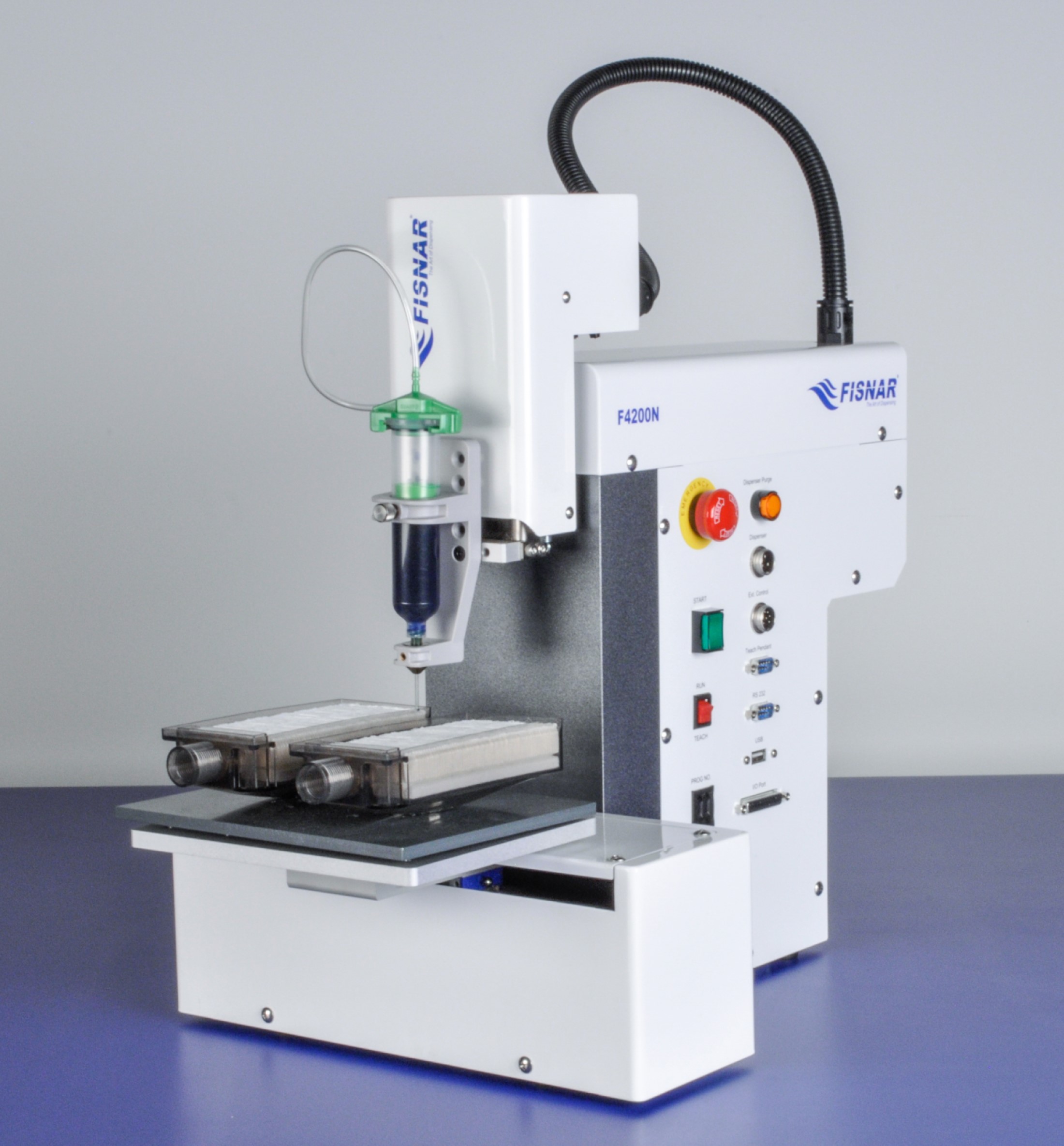 Warren Buffet famously quipped that, “It takes 20 years to build a reputation and five minutes to ruin it. If you think about that, you’ll do things differently.” While Buffet was advising people to act with integrity, it’s similarly true that bad experiences, whether it’s bond failure in the field, inconsistent lead times as a result of process inefficiency, or poor-quality finishing will have a lasting impact on your customers.

For example, in 2016, Samsung had to halt production of its Galaxy Note 7 and initially recall some 2.5 million phones after reports that the device was overheating and catching fire. It transpired that the corner of the case was too small for the battery, causing the electrodes to bend and short circuit, initiating a thermal runaway event leading to catastrophic failure of the device.

The company had to work hard to mitigate brand damage, allocating some 700 engineers and a dedicated facility to investigating the 35 official complaints received, working with regulatory bodies to publish results of the investigation. The impact to the brand was significant; in the third quarter of 2016, Samsung projected a 33% fall in operating profits compared with the previous quarter, with analysts estimating a loss of $17bn in revenue from the production and recall of the device.

Although it is difficult to say whether the design flaw could have been caught with better testing and QA processes, the company’s subsequent handling of the crisis allowed it to recover its reputation. The story goes to show that investment in non-tangible processes such as quality assurance, worker training and customer service, all have a role in preventing problems before they occur, and if things still go wrong, they allow businesses to be better positioned to recover.

Thinking about the return on investment for a new bonding application or improvement of an existing one involves a comprehensive consideration of the entire process. A higher initial investment can lead to a faster ROI. In addition, investing in a robust, reliable and repeatable process can have a lasting, intangible impact on your brand.

To find out more about how you can generate a fast ROI from investment in your adhesive process, visit the Intertronics website or call +44 (0) 1865 842842.