While incoming orders continue to normalize, sales of components distributors (according to FBDi e.V.) benefit from a strong summer quarter with 44% growth. Inflation and the weak euro contribute to surge.

In the third quarter of 2022, sales in the German components distribution sector continued to grow like crazy. Sales by distributors reported to the FBDi rose by a surprising 44% to €1.36 billion, significantly outstripping the record quarter of Q1/2022. In contrast, order intake declined by 7% to €1.44 billion, continuing to normalize. The book-to-bill ratio of 1.06 (ratio of orders received to sales) is back to normal. 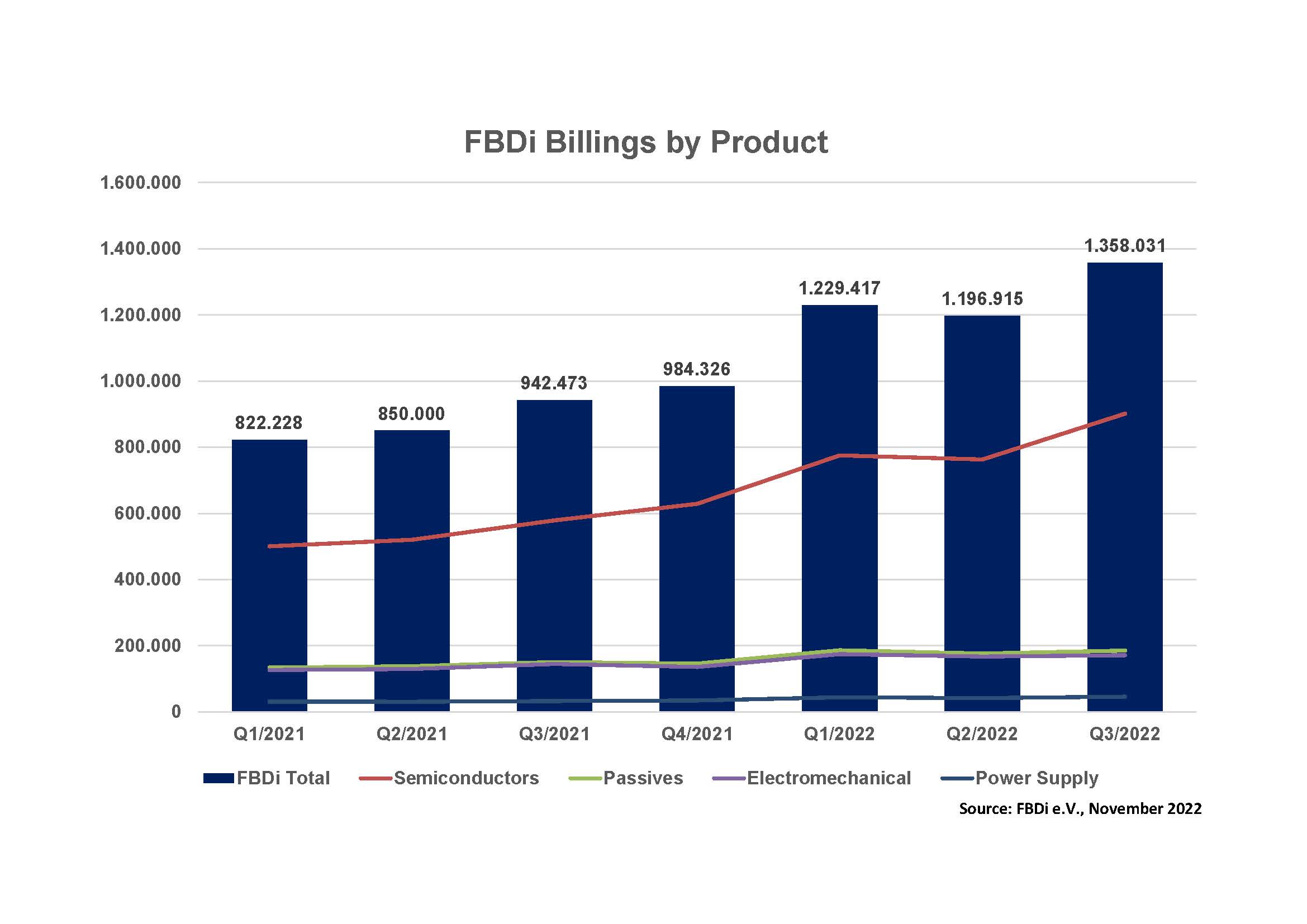 FBDi CEO Georg Steinberger: “What has surprised us more than the high sales, which were mainly driven by semiconductors, is the fact that the order situation has remained at such a high level. However, the trend towards a slowdown or normalization can no longer be ignored. In many cases, we have so far benefited from the fact that customers have placed orders well into next year. This will presumably come to an end over the next few months. In terms of sales, 2022 will definitely end with a plus of over 30%.” 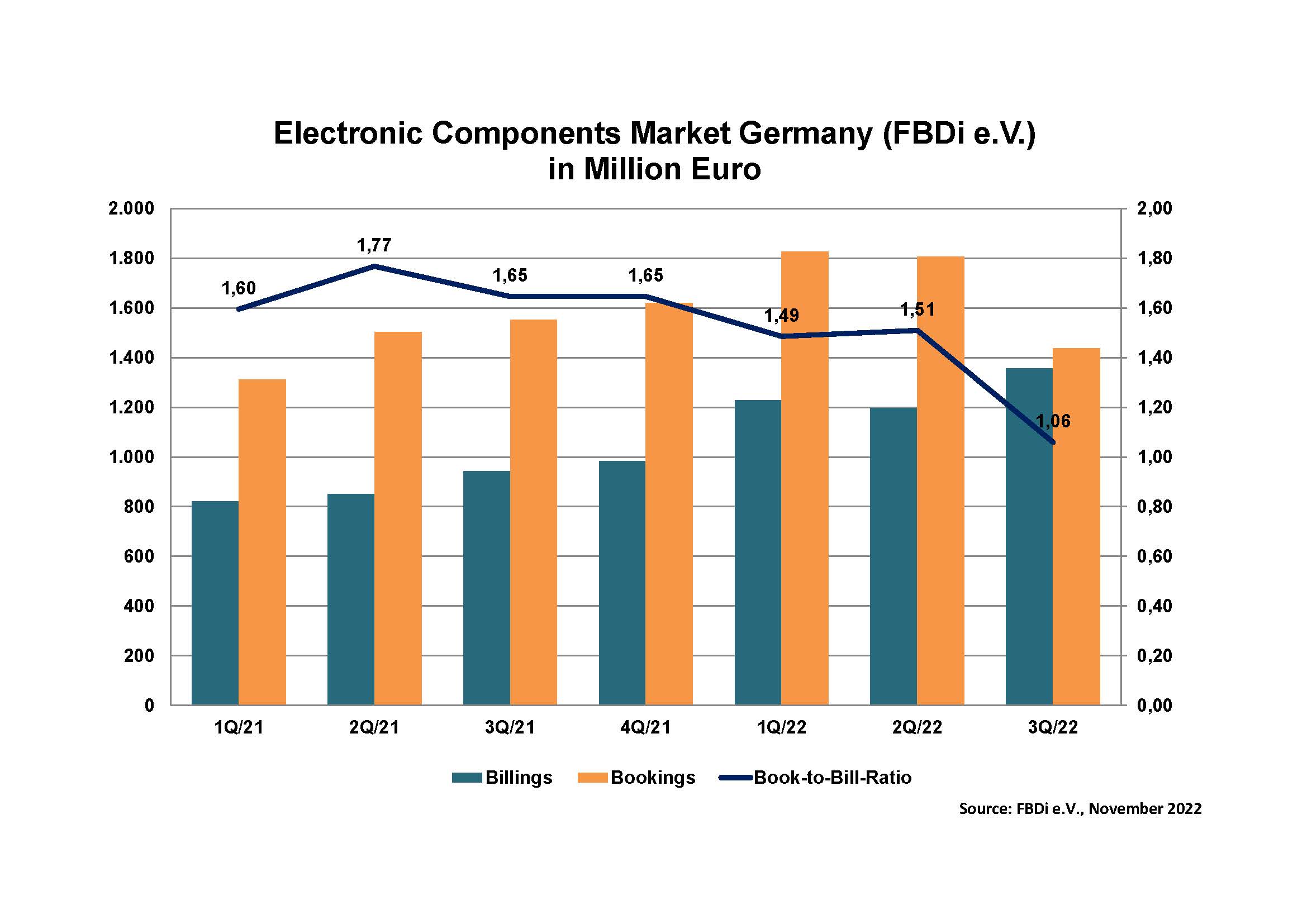 According to Steinberger, the general components market is already showing strong signs of a slowdown, and – according to WSTS – the growth curve of the global semiconductor market slipped into negative territory in September. Steinberger said, “Driven by the two product groups of memory and processors, which are predominantly needed in the computer and smartphone markets, sales growth for semiconductors is declining globally, and forecasts for next year are fluctuating between a standstill and a downturn. This doesn’t necessarily apply to all market segments, but we have to assume that the very dominant computer and communications products are causing a general downward pull – as usual, one might add.”

Steinberger continues: “The boom of the last seven quarters was driven on the one hand by a spillover demand from the 2020 pandemic slowdown and on the other hand by forward orders due to allocation and concerns of future supply. This makes predictions difficult, as are the geopolitical, economic, demographic and climate situation that get more serious virtually every quarter. The great disruption is in full swing. Everything we have in store in terms of linear plans and growth opportunities depends on whether humanity comes together again or continues to divide. The challenges ahead can only be solved together.”