At Indium Corporation, we believe that materials science changes the world. In recognition of the notable material behind our name, we will release monthly installments of the Elements of Indium Series—an educational program to raise awareness of the unique applications, abundance, and interesting properties of the 49th element.

Liquid metals can be mysterious to many people as they challenge the mental stereotypes we have about metal. In most cases, liquid metals are too hot to handle due to the elevated temperature needed to transform the metal from a solid to a liquid. Gallium-indium alloys are unique—they remain liquid at room temperature, making them ideal for a number of emerging applications.

As technological advances place higher power densities in smaller packages, thermal reliability has become an issue of increasing importance. While the thermal conductivity properties of metals make them ideal for thermal interface materials (TIMs), their hardness can limit their effectiveness due to high interfacial resistance. A liquid alloy, meanwhile, delivers the high thermal conductivity of traditional metals while mitigating the interfacial resistance issues that exist with solids

Liquid gallium-indium has already been successfully used as a thermal interface for computer hardware cooling, where it offers higher thermal conductivity compared to the traditionally-used thermal pastes and epoxies.

Because gallium-indium is nontoxic, it has also been used as an alternative to traditional liquid metals such as mercury in household thermometers and large mirror telescopes. Its non-reactivity compared to mercury and lithium also makes it a possible coolant for fusion reactors.

Indium Corporation is a global leader for indium metal and associated technologies. For more information on indium metal, visit www.indium.com/indium49. 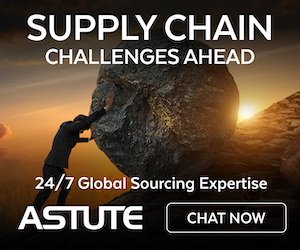