At the end of each year the Electronic Components Supply Network (ecsn) canvases its manufacturer authorised distributor (afdec) members’ opinions for the year in prospect and uses the data to compile its annual Forecast. According to chairman Adam Fletcher, the Forecast issued by the association in December 2021 encompasses the whole of 2022 but given the current market conditions a revision may be needed in the second half of the year if significant market changes occur: “The strong growth that global electronic components markets saw throughout 2021 dwarfed the Forecast we issued at the end of last year”, said Fletcher. “We did caution that if strong demand returned to the global economy in the second half of 2021, the resulting demand could trigger a supply imbalance in global electronic components markets. We were right but surprised when the imbalance occurred earlier in the year than we predicted”. 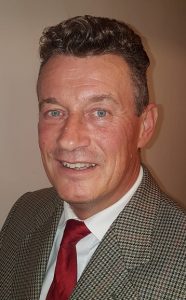 Global economies emerging from the COVID-19 pandemic stimulated global rather than regional demand, outstripping the ability of component manufacturers to supply and driving a steep change in average lead-times that ranged from a couple of weeks to over 26 weeks. The unprecedented demand, exacerbated by massive disruption to long, medium and local distance logistics that ecsn and other industry analysts considered only a minor inconvenience this time last year, made 2021 a very difficult twelve months for all organisations in the electronic components supply network. But despite the ‘rollercoaster’ market conditions ecsn members and their customers have been diligently and pragmatically working through the issues – product shortages, price increases, decommits, logistics delays etc. – in 2021 together, resulting in a very good – if imperfect – outcome for the UK / Ireland electronic components markets compared to many other sectors of the economy.

The Forecast released today by ecsn’s Leadership Group predicts that the UK & Ireland electronic components market will continue to grow strongly in the first half of 2022, returning between 11%-to-15% growth, showing around 13% growth at mid-year. In the second half the association predicts that ‘Billings’ (Sales Revenues) will slow modestly to give an outcome for the full year in the range 8%-to-12% and showing a mid-point of 10% growth over the previous year. There are a great many “unknown unknowns” and geopolitical uncertainties that could impact the market however: “Despite the chaotic market conditions in 2021 ecsn members remain very positive about their organisation’s and its customers’ prospects into 2022, and the association will continue to provide timely guidance and updates to the market on its members outlook as appropriate”, Fletcher said. 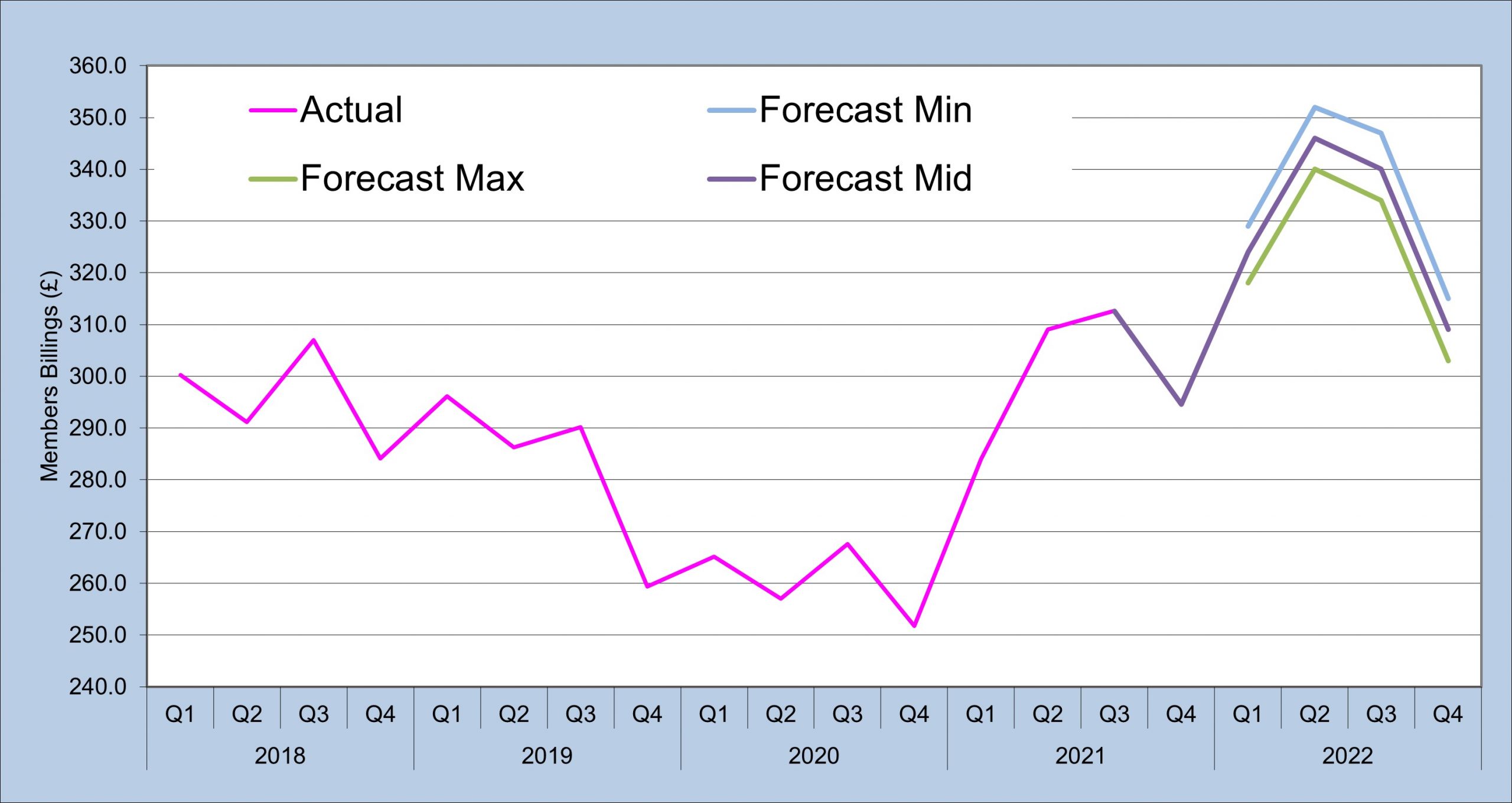 Presenting the Forecast ecsn Market Analyst Aubrey Dunford, told members of the media that the market consolidated in 2019 after exceptional growth in the preceding two years: “The market upswing we expected to commence in 2020 was delayed by the COVID-19 global economic slowdown, but not for as long as we forecast, coming as it did in at the start of 2021, Dunford said. “A further effect of the pandemic is that as a global event it has brought the ‘normally out-of-phase’ regional cycles that for decades have characterised our industry into sync, further contributing to a global supply issue”. 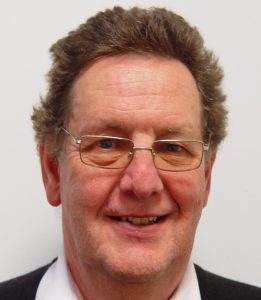 In its Forecast for 2021 the association predicted rising global demand and that lead-times on some products were set to extend but like the coronavirus itself, the trend spread exponentially to affect virtually all component categories within weeks. From the start of 2021 ecsn members saw ‘book-to-bill’ ratios rise to levels rarely, if ever seen in the electronic components supply industry, with unprecedented ‘Bookings’ being driven not only by the extending lead-times but also by price increases: “Any disruption to supplies that had been expected as a result of Brexit were dwarfed by the global supply issues,” continued Dunford. “Despite the high level of ‘Bookings’ (new orders entered), ‘Billings’ were both constrained by the supply issues and boosted by price increases throughout the year. About 15% was added to the DTAM (distributor total available market) as our members also expect a strong finish to the year”

Authorised distributor order books (backlog) remain at historically high levels as market expansion driven by technology such as 5G is now well underway: “Electronics are finding their way into more and more applications, so our members are confident that the underlying strong demand from their customers will continue”, Dunford said. “We therefore predict that bookings will remain strong throughout the first half of 2022, although we do expect to see the ‘book-to-bill’ ratio decline as the supply conditions improve. In the second half of the year growth in the market will continue although the rate of growth will decline compared to 2H’21” 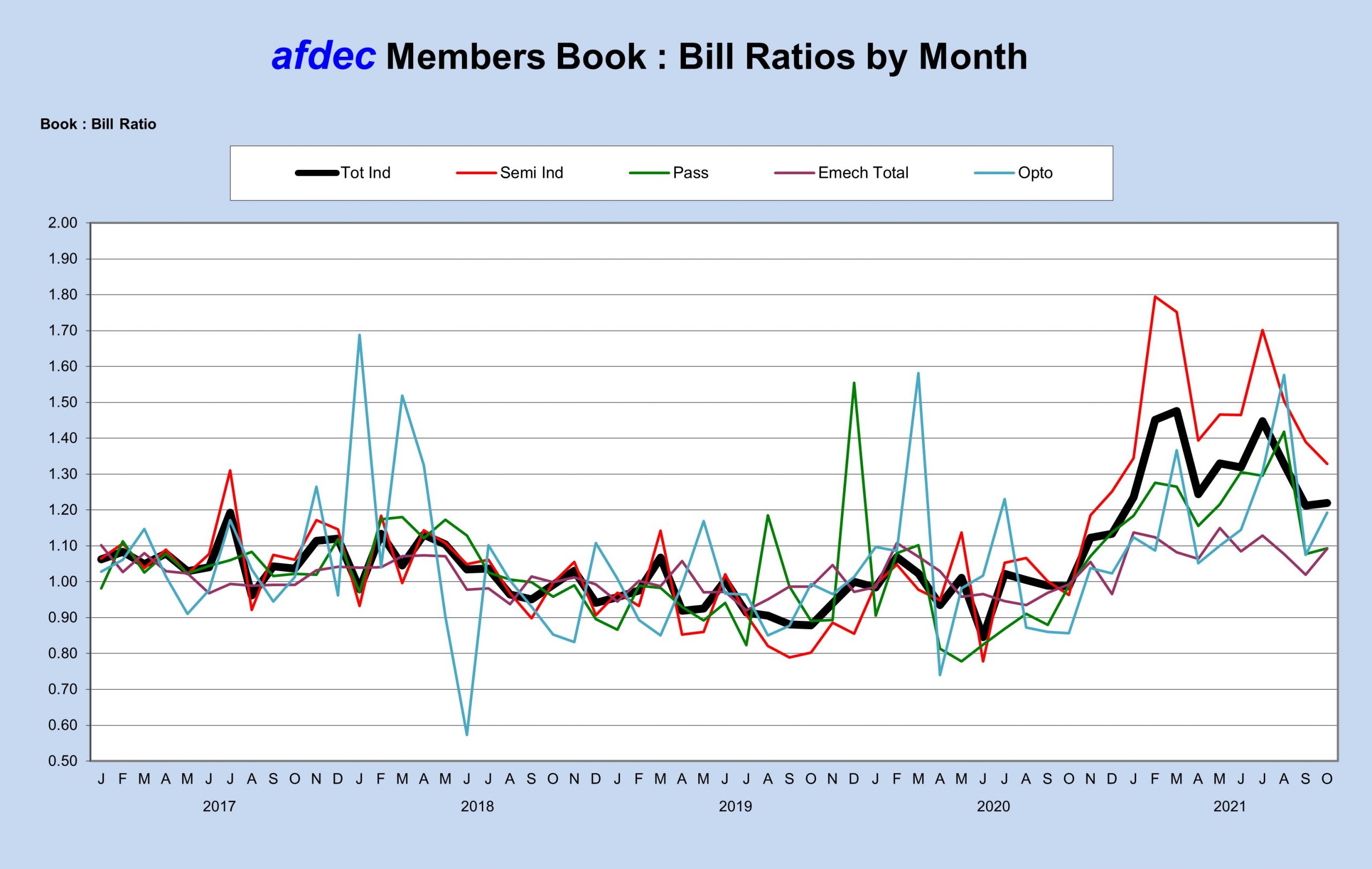 Customer order backlog levels reported by ecsn’s afdec members leapt to unprecedented heights in 2021, a trend that looks likely to continue into 2022, driven not by customer forecast or actual demand but their need to have sufficient order cover and in-house inventory to match the very extended manufacturer lead-times. Fletcher believes that this will change as manufacturer lead-times inevitably decline but his members’ opinions about when this will happen and by how much, vary: “The consensus opinion held by ecsn members is that by mid-2022 lead-times will be declining rapidly to around an average of 12-to-16 weeks for most components but there will still be some ‘outliers’ on much longer lead-times”, Fletcher said. He remains concerned about availability: “I suspect that proprietary semiconductors and interconnect products will “normalise” first, whilst commodity products (other than memory chips) will not be on track until 2H’22, but my real concern is the longer-term availability of the legacy, larger case size MLCC and TFCR components used widely by customers in the US and Europe. The lack of focus on increasing manufacturing capacity for these parts has the potential to be the next significant industry supply problem”.

Up and To the Right…

The trajectory for the electronic components markets in the mid-term continues to be up and to the right. Despite the ‘difficult’ market conditions in 2021, which he believes will continue into the first half of the 2022, Fletcher remains confident that stronger underlying growth will return to global electronic components markets because there are so many competing applications driving it. He sees the roll-out of 5G handsets and infrastructure, cloud computing / high performance computing and automotive as the likely main ‘push’ applications: “Industrial automation and medical will run these sectors a close second in 2022 but I fear that avionics and military applications are likely to remain constrained”. 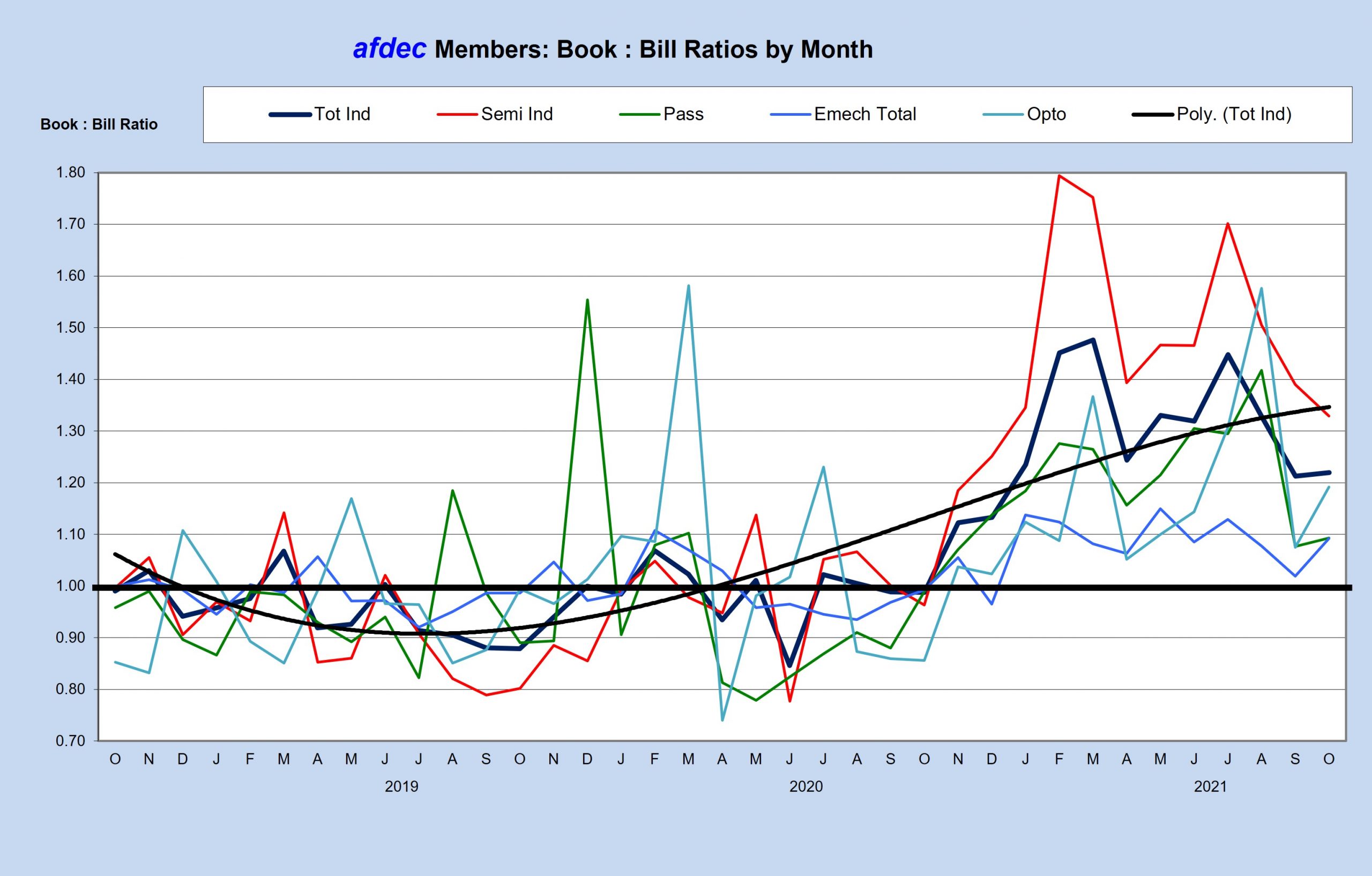 The electronic components supply network fortunately still operates as a “people to people business” where great relationships, effective communication and collaboration, along with a large dose of good humour rank high amongst the key elements for success.  To help mitigate the supply and demand imbalances in the market all organisations are encouraged to play their part in their industry’s continuing success by participating and contributing to the collaboration process up and down their supply network, “These initiatives really cost organisations very little but the improvements they can make to competitive advantage are immense and will benefit everyone as we move into 2022 and beyond”, Fletcher concluded …