For industrial automation, binder offers M12-sized L-coded panel mount connectors. The standardized products are equipped with dip solder contacts. Soldered onto printed circuit boards, they support the trend towards decentralization and serve to supply devices with 63 V and 16 A. 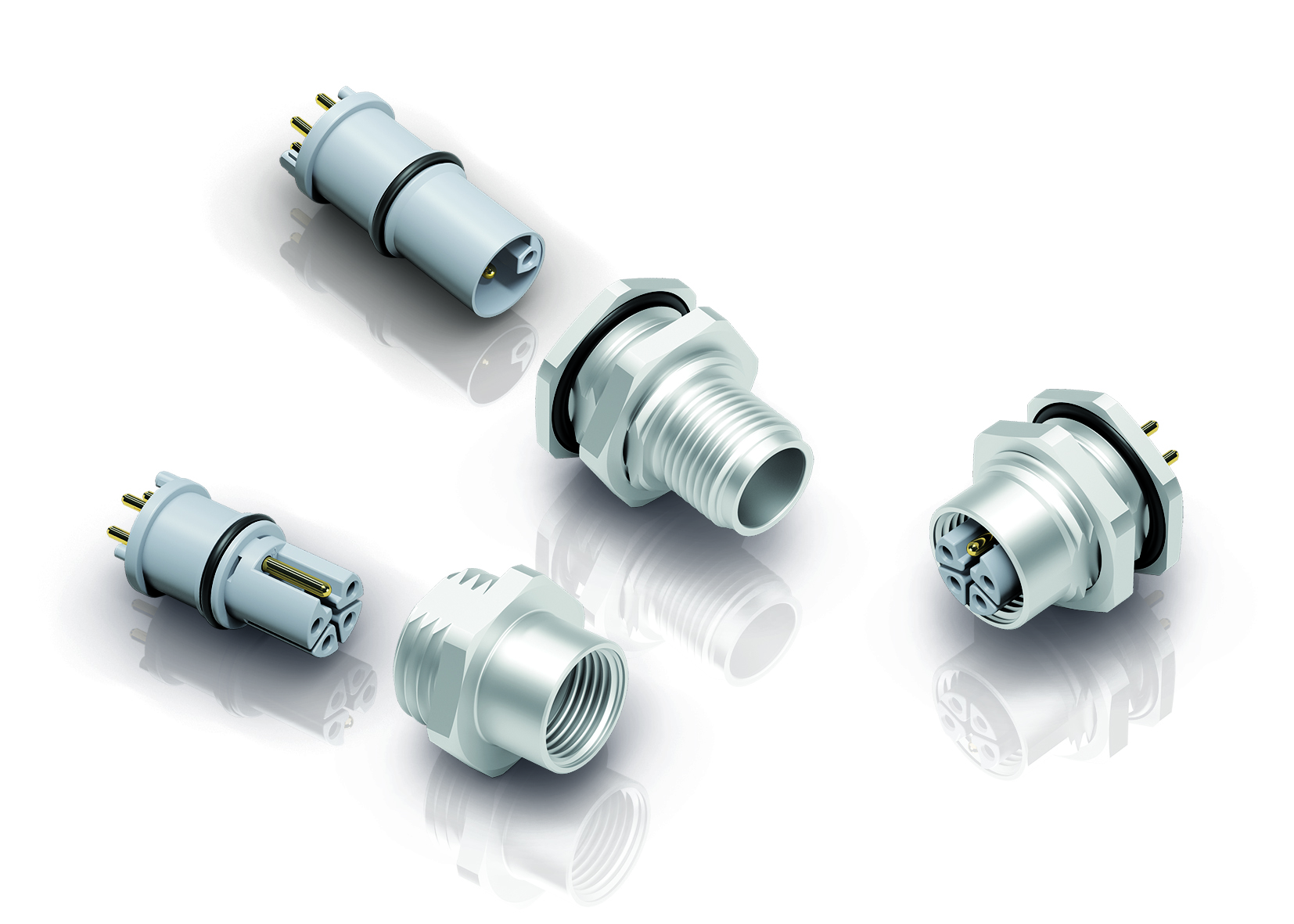 binder, a leading supplier of industrial circular connectors, has expanded its M12 portfolio to include panel mount connectors with L-coding and dip solder contacts. The 823-series products are suitable for hand soldering, wave soldering, and in particular reflow soldering on printed circuit boards (PCBs) in automation applications that are typically subject to installation restrictions. There, they serve as electromechanical interfaces in the power supply of industrial devices up to 63 V(DC) and 16 A – for example in Industrial Ethernet applications in the Profinet environment.

Compact alternative to 7/8-inch
With the trend towards decentralized automation, miniaturization is also advancing: field devices such as sensors, actuators, controllers or industrial computers are shrinking; on the other hand, their functionality is increasing, and thus their power requirements are growing. The devices are thus becoming more densely packed with interfaces, which drives the user demand for compact connectors. L-coded M12 connectors are a space-saving alternative here to the 7/8-inch connection technology established in power supply.

Two-piece flange connector
The 823 series includes two-piece male and female panel mount connectors – each consisting of a mounting body and a socket housing, which are not permanently connected to each other. Compared to the use of single-piece components, assembly and disassembly of the PCB are simplified. Whereas the mounting body is soldered to the board during assembly, the socket housing has to be attached directly to the device. As a decisive advantage, the soldering can be done without the housing; moreover, the solder connections are not subjected to torques due to the housing assembly. Thus, the stress load on both components is significantly reduced, which helps the user to eliminate failure sources.

The IP68-protected (when mated) connectors are suitable for both front and rear panel mounting. It should be pointed out that the PCB is not possible to be fixed to the user housing by means of the two-part dip solder panel mount components. Instead, it is important to mount the board separately to the housing. This is a significant difference from single-piece versions, which in the case of very small PCBs can be used to attach these to the device housing.

Special features of the 823 Series include a buried and captive O-ring with metallic blocking, and an O-ring between the socket housing and contact body that prevents sealing compound from leaking out when the user’s housing is being sealed. A seal to the cable part is provided on the socket housing, and it is ensured that the latter is accurately guided even in the case of thin-walled mounting flanges.

M12 background: standardization, resilience and specific aspects
M12 circular connectors stand for compact and flexible field device connectivity in factory and process automation. Here they are well-established components; thanks to international standardization, the products are generally compatible across manufacturers. This interchangeability reduces dependence on one or a few suppliers. Customers in automation technology thus become more resilient to fluctuations on supplier markets, and they can more easily bypass supply bottlenecks. The basis for this resilience is the DIN EN IEC 61076-2 standard relevant for M12 connectors.

The advantages of standardization are one reason for the broad acceptance and market success of M12 connection technology. Panel mount connectors with dip solder contacts are likewise standardized and tested products. However, they are subject to the particularity that direct interchangeability of products is only guaranteed here if they correspond to the PCB layout of the application as well as the distance between the board and the housing.